News from China in the 2 weeks to 16 September, including more analysis on the build up to 19th Congress, Mao’s legacy and hip hop takes centre stage.

The Economist says a new propaganda campaign aims to show that China has become a global power.

In late August and early September the state broadcaster aired six 45-minute programmes on this topic at peak viewing hours. The programmes aim to show that, unlike other rising powers in history, China (thanks to Mr Xi) has managed to maintain stable relations with established powers. They gloss over huge underlying tensions with Japan and America. Time and again Mr Xi is shown standing still while foreign leaders walk towards him to shake his hand. “It’s the ancient Chinese tributary system re-enacted,” says a Chinese academic, referring to emissaries from neighbouring states who brought gifts to the Chinese emperor as a means of securing peace.

All the president’s men? (The Economist, 9 September)

The Economist discusses the clues the 19th Congress will offer about China’s future.

China’s Communist Party Is About to Meet. Here’s What You Should Know. (ChinaFile, 6 September) 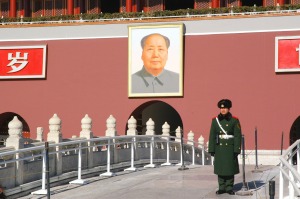 Does Mao still matter? Nobody is more conscious of this question than China’s current ruler, Xi Jinping.

President Xi constantly admonishes the Chinese people not to divide the history of the PRC into a Maoist period and a reform period. For him such a division would imply that there was a bad period and a good period, like the Stalinist and post-Stalinist periods (after Khrushchev’s “secret speech” denouncing Stalin in 1956) in Soviet historiography. Xi values the basic elements of the Leninist state set up under Mao in 1949 because he clearly sees in them the only way to preserve Communist Party rule in the future.

Qiao Mu had always insisted he would not be forced to leave China. “We must change our nation, not our nationality,” the outspoken academic told the Guardian over lunch in the summer of 2015. Last Friday morning, however, Qiao and his family set off for Beijing’s international airport to catch a Boeing 777 bound for the United States. Friends say Qiao’s decision has come after his academic career was wrecked by refusal to fall into line

The United States must stop threatening North Korea’s leader if a peaceful solution to the nuclear crisis is to be found, China’s ambassador to Washington has said, as Kim Jong-un reiterated his country’s aim to reach military “equilibrium” with the US. Cui Tiankai told reporters in Washington: “They [the US] should refrain from issuing more threats. They should do more to find effective ways to resume dialogue and negotiation.”

China to ban production of petrol and diesel cars ‘in the near future’ (The Guardian, 11 September)

China, the world’s biggest vehicle market, is considering a ban on the production and sale of fossil fuel cars in a major boost to the production of electric vehicles as Beijing seeks to ease pollution.

A hugely successful internet reality show has put hip hop music into the national spotlight for the first time in China. With more than 2.5 billion views on China’s largest online video hosting website, iQiyi, the Rap of China has seen dozens of Chinese rappers shoot to stardom. 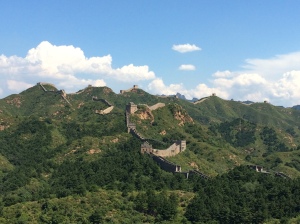 The first men to walk the Great Wall of China (BBC, 13 September)

Yaohui Dong and two friends finished an epic trek along the Great Wall of China in September 1985. Their journey inspired a protection and restoration effort which continues today.

Good news for panda lovers. The Economist reports that China’s commitment to protecting the animals is bringing results.

The giant panda is on a bit of a roll (The Economist, 16 September)

China’s most recent survey, completed in 2014, estimated that 1,864 pandas are now living in the wild. In March it announced plans for a new national park, more than 27,000 square kilometres in size, that is meant to link dozens of existing nature reserves on which two thirds of the animals live. Last year the International Union for Conservation of Nature (IUCN), which maintains the “Red List” of species at risk of extinction, promoted the panda from “endangered” to merely “vulnerable”.

Tian Tian not pregnant: Edinburgh Zoo’s panda will not give birth this year, say staff (The Independent, 11 September)

Tian Tian, the UK’s only female giant panda, is not expected to give birth to cubs this year, Edinburgh Zoo has said. The panda was “believed” to be pregnant and was expected to give birth in August, although the zoo said a due date was hard to predict. Tests have now found that the panda’s hormone levels and behaviour have returned to normal “as the breeding cycle ends for this year”.