News stories about China from the last week, including academic censorship, war of words between China and India, China’s tech wizards and redefining what it means to be Chinese.

As the nation’s population of 1.4 billion ages and urbanises, the number of people living in elder care facilities for health, family, housing and other reasons is steadily climbing. Demand is also rising for senior citizen medical care services.

More than 200 million people in China play Honor of Kings, the social media-focused app that has become the biggest moneymaking smartphone game in the world. But the game’s popularity among the young has alarmed Chinese officials. In response, Tencent has added restrictions that limit those under age 12 to an hour of play a day, and those between 12 and 18 to two hours a day. The game reflects the paternalistic side of Chinese censorship, one that addresses the impact of modern media on society rather than on politics.

The endangered green peacock would be further threatened by a hydropower dam in China’s southwestern province of Yunnan, charges an environmental group that is seeking an injunction to stop construction. The Beijing-based non-governmental organisation Friends of Nature said the dam could flood the habitats of the green peacock.

Cambridge University Press has blocked readers in China from accessing hundreds of academic articles – including some published decades ago – after a request by Chinese authorities, arguing that it did so to avoid its other publications from being barred..The publisher confirmed that hundreds of articles in China Quarterly, a respected scholarly journal, would be inaccessible within China, after a letter from the journal’s editor protesting against the move was published.

Zhan Jiang, a professor at Beijing Foreign Studies University, told the NYT: “This is unprecedented that the censorship has reached out to the academic sphere. There are many Chinese scholars who return to China after studying overseas and they need to do research based on material in English. This means that there will be limits and more hardships on their research.”

Also, in the FT, Tiananmen Revisited author Louisa Lim condemned the “appalling” CUP decision to block access to 300+ China journal articles at behest of censors. But Jonathan Sullivan, a member of China Quarterly’s executive committee, whose 2010 article on Taiwan independence was among those blocked, described the move as “pragmatic”.

Gao Jisheng, the founder and chairman of Lander Sports Development Co., has bought control of Southampton Football Club, becoming the second Chinese tycoon to own a piece of the top tier of English football in the most widely viewed sports league on the planet.
http://sc.mp/CqenmN

MERICS researcher Matthias Stepan argues that the events at this year’s congress will provide clear hints about the real extent of Xi’s power and his ability to shape China’s political agenda for the next five years and potentially even beyond the end of his second term in 2022. 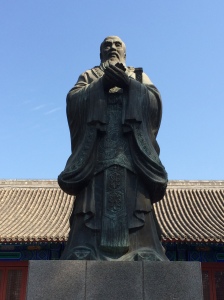 Making history: The Communist Party is trying to redefine what it means to be Chinese (The Economist, 17 August)

Since coming to power in 2012 Xi Jinping, the president, has intensified efforts to build what he refers to as “cultural confidence”. In an extraordinary denial of its legacy, the Communist Party has taken to presenting itself as “the faithful heir” of traditional Chinese culture.

China’s top training school for Communist Party cadres has published a book on the experiences of President Xi Jinping during the Cultural Revolution, exhorting party members to learn from the events that drove his “unshaken pursuit of ideals”.

A letter to China: Hong Kong’s democrats should be honoured (The Guardian, 18 August)

An open letter from political figures around the world calls on Beijing to free three jailed pro-democracy activists.

‘The decision by the courts in Hong Kong to sentence three courageous, principled young men to jail yesterday is an outrageous miscarriage of justice, a death knell for Hong Kong’s rule of law and basic human rights, and a severe blow to the principles of “one country, two systems” on which Hong Kong was returned to China 20 years ago.’

China’s credit-fuelled economic strategy has been branded as dangerous by the International Monetary Fund in a strongly-worded statement warning that its approach risks financial turmoil.

China’s economy got off to a slow start in the third quarter, with key indicators gauging factory activity and mining, investment and general consumption falling in July to their lowest levels in months, official figures showed Monday.

Five China-based entrepreneurs and engineers have been selected as the most promising young individuals shaping science and innovation by the MIT Technology Review. Two high-level engineers at tech giant Alibaba and three startup founders were included in this year’s “35 Innovators under 35” list, published each year by the well-respected magazine. This year’s list features a growing presence of entrepreneurs from China turning innovations into commercially promising projects.

China’s ‘sharing economy’ pulls in a flood of investment (The Washington Post, 18 August)

Flush with cash and buoyed by a billion-dollar bike sharing boom, China’s venture capitalists have gone sharing-mad, funding companies that allow users to share everything from washing machines to basketballs and umbrellas.

Internet starlets – sometimes catwalk models, or what are being referred to as ‘Wanghong’ – are believed to have generated US$8.68b in sales in 2016, US$1.5b more than China’s total box office.

Chinese state media have released a propaganda video that lambasts India over a border dispute, sparking accusations of racism. The English-language clip, accusing India of committing “sins”, features a Chinese actor in a Sikh turban, speaking in a mock Indian accent.

Retaliation from across the border was quick — Indian media released its own video Friday, an animation showing Chinese president Xi Jinping dancing to Gangnam Style while dressed as Winnie the Pooh. Produced by privately owned media organisation India Today the Bugs Bunny-style video follows Xi, dressed in military fatigues, as he attempts to get the attention of a chuckling Indian Prime Minister Narendra Modi.